Protests aren't going to do it.

This post is not going to be well received at this point of time because emotions are at a high and we are thinking with our hearts and not completely rationally.

Almost everyone who reads even a little bit of news or listens to an odd story on the telly or radio knows about the recent events and protests organised as a consequence. There has been enough and more said about the rapes that I don't need to delve into those lines. 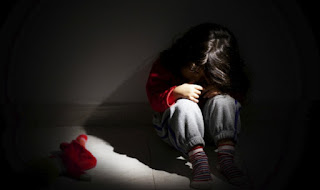 Yes, they happened. Of course, it was wrong. Yes, we need to do something about it. Sure, we should show the ruling government that we care. Yes, we have to send a strong message to society. No, protesting is not the answer. It is a movement, but not the ultimate answer. What is, then? Read on.

The government and their uncles know what happened was wrong. They are well aware about it. They don't need you to come on the streets to make them realise this fact. They were smart enough to con people into voting for them so they're smart enough to know what is going on. They can understand that the general public is angry and they probably share your feelings (most of them anyway).

Think for a minute, though. What are we trying to achieve? Are you protesting and marching to make them change their ways or are you doing it to bring about a positive change in society so that the number of rapes and molestation come down? Are you trying to show support to the victim or to show that you are completely against the perpetrators?

Let's answer these one by one. These are my personal opinions and are subject to change with the situation.

1) I think the only thing protesting achieves is a feeling of us doing something. It makes us feel like we have somehow made a difference and have not let a wrong go by.

2) It may at some minuscule level affect the government entities enough for them to do something but it definitely does not make them realise anything they don't already know. Does it make a positive change in society? Yes, but not in the way you are thinking about. It doesn't actually reach the aggressor at all. He is blissfully oblivious to everything we do on Marine Drive and Bandra. He couldn't care less. The only positive change for society is that we are still coming out in support of each other. We, as a society, are still bonding over issues that affect us indirectly and this is of extreme importance to democracy and our way of life.

3) Are the number of reported incidents going to come down by this? No, not by this alone. We have a lot more to do than protest for this to happen. Yes, we can build awareness, but, are we bringing that awareness to the places where it is needed most. I seriously doubt it.

4) We show neither support to the victim nor do we prove anything to the perpetrators. We don't need to. The support is obvious. The rage against the criminal is natural. The protest doesn't do anything to increase or decrease this. Would you support the victim less if you were not at the March?

Let me come to the crux of the matter over the next few lines. I am not against protest marches. Yes, it is a show of solidarity. Numbers do make people take notice. Once people take notice, only then can change be set into motion. What I am against is this false belief that once you've marched, you've done your bit. Nonsense. This is not even the first step.

What we should be doing is talking to our kids. Don't get me wrong, I'm sure we all talk to our kids and teach them right and wrong and respect for women and gender equality and everything (if you aren't already doing this, I'm pretty sure you aren't on my mailing list). What I'm talking about is teaching them the most important thing in life.

Teach them the values, yes, but more importantly, teach them to teach those values to others. Teach them to share their ideas with others, not only with their friends who they are comfortable with but with those they think might not have learnt it from people around them. Teach them to stop joking about things that are inappropriate and make sure they stop someone else if they hear something inappropriate as well. 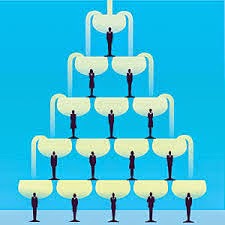 Tell them to have the guts to tell people off when they know what those people are saying is wrong. Make them confident enough that they can stop adults around them from passing crass and crude comments and jokes. Help them identify this as the root cause of the injustice in our system. If each of us start to do this today, perhaps, the effect will percolate from our big cities down to the smaller towns and villages where there is no one to teach them this first hand. The classic Trickle down effect!
Just for an example, our kids talk to other kids in their own environment, other kids talk to kids outside familiar environments, they talk to others in parks, they talk to staff, drivers, watchmen, washerwomen, dhobis, waiters etc. These in turn take what they are saying and pass it on to their families, back to their relatives in the towns down to their relatives in the villages. It sounds like a dream but it can happen. 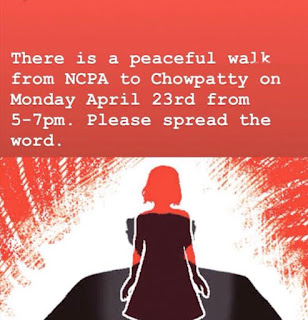 If we can try marching, we can surely try this!

Totally Agree with "Teaching our children". They are the future. They will lead and they are here to make a difference.

We cannot just protest. Candlelight marches, songs, and articles certainly have their place and do work towards showing solidarity. We have to do more, go to the root of the problem and root it out so to say.

@Aarti Thanks. I have great hope for our future generations as more and more get educated and are being taught well

@Kalpanaa Yes we have to do more. Everyone agrees on that point. The issue is the lack of direction on what that more is. Perhaps, it is time to start teaching this in schools and at homes from a very young age