In a world where everything is becoming remote controlled and everything is available at the push of a button, this just could not have been too far behind right?
2011 - The era of push button erections is here. What a boon for patients suffering from impaired erections / impotence. 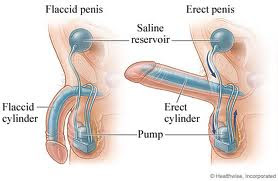 The system consists of an implant which has 3 components. One part is inserted into the penile shaft and is the cannula. 2nd is the reservoir which contains saline used to inflate the cannula and cause the erection. 3rd is the button literally, the control switch if you will, which directs the saline from the reservoir into the cannula. The older version (yes, its been around for a while now) was a manual pump, but now with hydraulics, the entire system is automatic. Once its use is over, press the button again and return to tumescence (it just should not sound like return to innocence! just wrong, I say)

Now, all those pervs who have happened to stumble upon this blog because of the keywords used, this is not meant for normal people who can achieve an erection anyway. Also, it is a surgical procedure to get it 'installed' so beware. Remember this fair warning. 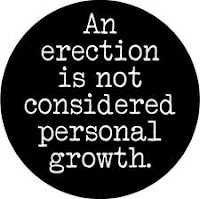 Future possibilities (entirely my ideas, and I will sue if someone copies this)
1.) Inflatable breast implants. Just imagine. Limitless possibilities.
2.) Inflatable biceps / triceps - for the macho wannabies
3.) Inflatable fake pregnancies - to avoid those annoying arranged marriage proposals! Hah! I love this one
4.) Push button crying - to prove a relative died when you want a holiday and have no leave left.
5.) Implants for push button beer delivery. Never get caught with a bottle!
6.) Push Button lubrication - For those times when he wants it and you just don't! (Sorry girls but it will be invented)
Can you think of some on the same lines??

inflatable breasts...inflated wid beer...(somehow got to find a way to keep it chilled)

OMG this is effing weird!

I like the push button crying possibility! But then there would not be any female takers for it ;)

I hope some VC reads this!

In case you had any doubts about the predictions, here is the reality today. http://blog.drmulchandani.com/2015/08/silicon-implantsjust-not-where-you-want.html
Remember I thought of it first!