Crayons Are Meant For... 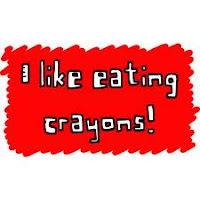 A couple of days ago, we started potty training our little Toofaan. Little did I know, it would end up being related to something I would see at work the same day. 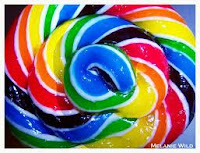 A 4 year old child was brought in by his grandfather with a tummy ache. He was very nonchalant about it, thought it was just something the child ate, so he wasn't too worried before this day. He, however, noticed this morning that the child pooped in colour (Eastman / Technicolour). 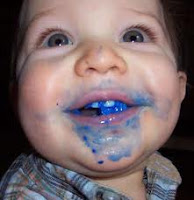 He then had the good sense to call the mother, since the child wasn't too forthcoming with his misendeavours. It turns out that the kid had eaten an entire box of crayons the day before. Further investigation led to the revelation that he has done this before too, but just not in such great quantity.
The tummy ache was treated symptomatically and the kid is better now, but his family is still not sure how to make him stop chewing on the crayons. I told the mother to show him this picture. 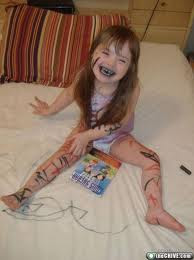 Moral of the story: If you don't want to end up like the child above, Stop Eating Crayons! 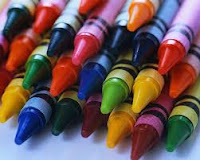