This is a small write up of what an anesthetist went through on 26/11. I thought it was an amazing read and asked if it could be reproduced here. It is unmodified and exactly as she wrote it out. 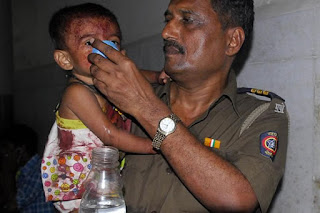 "It all started around 10 p.m. There was a lot of confusion in the casualty. We heard some terrorists were gunning down innocent people.
Patients were being brought to the casualty and directly being admitted to the ICU where the initial steps of resuscitation i.e. Airway, Breathing & Circulation were being taken care of. Patient’s that were brought unconscious were immediately intubated with Nasogastric Tube insertion, considering all were full stomach.
The anaesthesiologists were called in the casualty & ICU to help initially, but later, we realized this was turning out to be a mass casualty. As the patients were pouring into the hospital in battalions, we knew more was to be done. We got the Major O.T., the orthopedic O.T. and the neurology O.T. opened. All this took place in such a fast pace only due to the great co-operation of the O.T. Matron and sisters & ward boys. There was blood shed everywhere. Victims were being rolled in. We mobilized extra trolleys for anesthesia drugs. All 7 operation theatres were opened.
All the anaesthetist consultants were stuck at home because of the curfew situation so the anesthesia residents were left to manage this critical situation. I, Dr. P.R. was a 3rd post anaesthesia resident with 5 more juniors with me. Our team was led by Dr. J.C. who was the chief resident. We were ordered to use Ketamine & scoline for crash induction & muscle relaxant Pavlon (Pancuronium) for maintenance. We assumed all patients to be full stomach & accordingly carried out crash induction.
Ketamine: Drug of choice for induction because unlike propofol / pentothal, it causes tachycardia & hypertension thus maintaining vitals in a haemodynamically compromised patient.
Scoline: Induction relaxant of choice as scoline brings up the pressure, also causes
excellent relaxation & is the agent of choice in crash intubation.
Pavlon: (Pancuronium) long acting muscle relaxant. Relaxant of choice as it causes sympathetic stimulation, tachycardia, hypertension. Also due to long duration of action requires less top ups for maintenance. As we were short staffed & had to manage multitude of tasks including fluid electrolyte balance & blood management, pavlon really helped us.
Most patients brought in were critical with multiple bullets, in a state of shock, so patients were maintained on100% oxygen and muscle relaxant top ups. These patients were not reversed at the end of operation & were sent to I.C.U with the tube for staged weaning after confirming their general condition.
Some patients with minor injuries were extubated on table provides they had good vitals to begin with & were conscious.
Aspiration prophylaxis Ondensetron & Rantac were given. 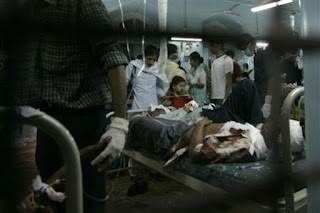 Patients with multiple bullet injuries were brought in, most of them with shock, feeble pulse, unrecordable blood pressure. A direct arterial line was managed in those cases where central lines were not possible. Peripheral lines with wide bore cannulae were used to push blood. ‘O’ Rh –ve blood was used when cross matches were not available. Fluid management with initial crystalloids & colloids was carried out and as blood became available after cross matching, we pushed it along with Fresh Frozen Plasma and Platelets.
Ionotropes namely dopamine, adrenaline and nor adrenaline were started to maintain falling blood pressures.
Resuscitation was done in full swing and monitoring of Pulse, Blood Pressure and SPO2. Keeping the blood pressure in mind, sedatives like midazolam were avoided.
One of the cases was a Japanese National who was very critical with multiple bullet wounds in the liver & intestines. We tried our best to resuscitate him along with CPR and shock but alas, couldn’t save him.
Of particular interest was the case of J. N. This female was brought in with multiple bullet wounds with a multitude of fractures including arms, pelvis, spine and left brachial artery tear. Her pulse was feeble, blood pressure unrecordable and only after crash induction were we able to obtain a Right Femoral arterial line (left femur was bruised and fractured). We started ionotropes alongside fluid resuscitation and blood, FFP and platelet transfusions.After 12 hours of surgery, on the next day she was taken to the ICU where further management of her DIC (disseminated intravascular coagulation) and general care took place. We thought she wouldn’t survive but miraculously she pulled through.
Totally 23 operations took place that night, out of which two expired on the table. The cases kept rolling in, some commando’s included in them. For 4-5 days the hospital was a war zone. In this way, the mass casualty was managed in a hospital in !" 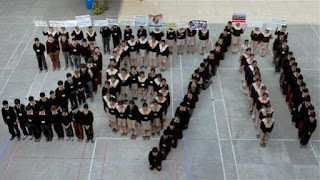 I could actually feel what she must have gone through. This post is dedicated to her bravery and spirit of working right through the calamity. We will never forget!

A story of bravery, courage and miracles!

I salute you, sir or madam, for your battle to save the lives the terrorists sought to steal.

@Okuns It is isn't it.
@The sanity inspector - Thank you!