Isn't it a wonder?

Right from the time we come into existence, there is something happening that we all have been trained to ignore but without which we would not exist.

Have you ever wondered or pondered (I wonder which is the right word to use) over the fact that some things just have to happen to move life forward? Have you ever had the realization that something had to have happened to propogate what we know as life towards it's natural progression? Now that I've used the word 'natural', have you ever thought about what that actually is? 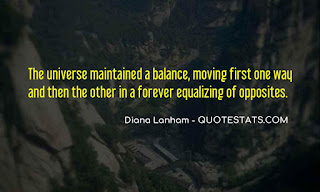 Advance a few years and children of a young age somehow happen to do things instinctively to grow on and prosper in their environment.

Every kid I know would have played in dirt, tasted some of it, put something unclean into their mouths or swallowed something that was not meant to be swallowed (or is it?). This brings about 'natural' immunity. Fingers are trained to grip things, throw things, pinch things, peel walls. An iron and calcium deficient child knows to peel of paint and eat it or eat chalk from the blackboard (read up on pica).

Young adults will play with their genitals to learn the pleasure that they will need to propulgate another generation. They are 'naturally' curious about their sexuality and that of the opposite sex (or same sex, whatever attracts them).

Adults have an urge to procreate. There is a reason it is pleasurable. If it wasn't people wouldn't do it and produce generations to come.

Old people conserve their energy and are often sitting thinking about what they have done and what else is there to do. We often look at them and wonder why they are so quiet while all the time they are quite content with themselves.

All this in the name of 'natural survival'. Would you imagine a world where none of this happened? How would we live on?

The current scenario is a perfect example, isn't it?

The dreaded Coronavirus is a marvel of 'natural progression'. It affects the respiratory system, irritates the lining and makes us cough. This cough, in turn, makes us produce droplets that go on to infect other people, effectively propogating that virus to newer generations. If that doesn't work, it makes us sick enough that we are forced to depend on other people for our needs, thereby increasing the chances of spread to the caretaker or doctor. Even asymptomatic patients can be a miracle of survival for the virus as it is reproducing in hiding! What a wonder!!

This could apply to all organisms, couldn't it. A regular virus that spreads, HIV, Hepatitis, the list is endless. All in the name of natural progression and survival. Could it be that Darwin just opened his mind to the possibilty and merely stated what he thought. What if we all start seeing every event this way. Every disaster is a balance, every war brings back normalcy, every death is replaced by a birth (not necessarily human). Could it actually be that matter and energy are a finite mass that just keeps changing forms. Was thanos actually accurate? 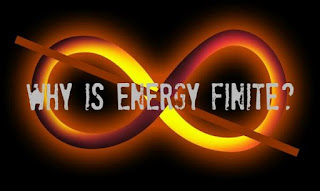 This could easily explain everything that has happened since the beginning of time if we simply allow ourselves to believe it. Right from dinosaurs and mammoths getting extinct to our population growing to the staggering numbers we have today. Right from mass deaths to birth spurts, right from natural disasters like the massive wildfires and tsunamis to mass weddings and copulation.

Could it be that I only write this as a means to replace the energy I have saved from having no work today?

Please do share your comments on this as I think it could be a great discussion!

Awesome article! It is about balance!

Always well written and enough to ponder on