In the follow up to the last post on Euthanasia, let's get into some more details. Do read this only if you have gone through the previous post and feel that you understand the terms involved. This is not being condescending but is vital to the debate that is bound to arise from the next few paragraphs. 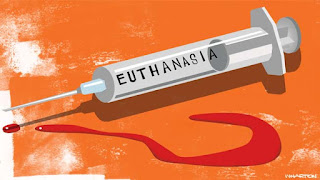 I got a fair amount of responses from who I consider intelligent people. Most of them still seemed unsure of the side they were on but there was one common theme emerging. End suffering and allow death if there is no chance of a near normal life. As far as DNR goes, it is another discussion altogether and will be taken up in the next post. 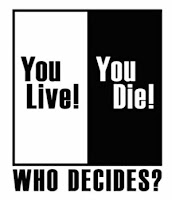 A friend emailed me her father's living will in response to the last post detailing his wishes on the control over his final days. He made it plainly clear that he was not to suffer for more than 48 hours, not spend more than a certain amount of money on care, and not receive life support if there is no chance of reasonable survival.

The begging question here is who gives you 48 hours to live? Certainly no Doctor in his right mind will predict death to within 48 hours, at least on the record! How do you know for certain that you won't recover in the 71st hour of ventilation? How do you assume that once you are in a comatose state, you will never wake up normal again? Why do you think that there will be no or less chance of recovery after 48 hours?

These are grey areas in medicine and will continue to remain grey for time immemorial. I firmly believe that life is unpredictable. Yes, as people of science, we have guidelines that increase the probability of us being right, but honestly, we've been proved wrong on more occasions than any of us are comfortable with. 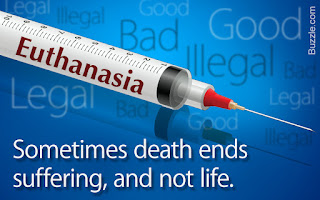 The issue of pain in certain illnesses keep creeping in to this discussion. However, pain is a very subjective sensation with different levels of tolerance for different people. Also, it is the most easily feigned emotion. All the world's pain scoring charts cannot tell if the patient is truly feeling the pain that is expressed. How much of morphine can you give while under the pretext of alleviating suffering? How close is that administration to assisted suicide?

A dear friend mentioned that someone who is terminally ill with no cure in sight or someone with prolonged suffering should have the right to due process. I agree. It's time this discussion reached the decision makers because the quicker we discuss this, the faster the law will come, either for or against. The point of discussion  here will be the contention that there is no cure in sight? For how long? For ages, there was no treatment against the pox. Now, it's eradicated. There was hardly any treatment for HIV just a few years ago. Now, those patients live near normal lives right up to the expected age of mortality for the given population. There are new cures being found everyday.

In continuation to the above, another friend messaged that if the person was too old and the physical body has no more strength to combat the disease process, they should be allowed Euthanasia. Why can't we recover that strength in the times to come. I've recovered from paralysis and have run a marathon! Who decides what is too old? Is 70 too old? I've seen people in their 90's running and exercising. Is 90 too old, I've seen 100 year old grannies laughing with their grandchildren!

There was also mention of quality of life being a factor. This single line condemns almost everybody below the poverty line to death simply for lack of quality of life. Imagine a footpath dweller with an illness showing up to the hospital demanding death because they have no hope for recovery and have a dismal quality of life. Remember Hope? 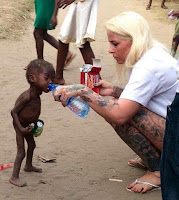 By the above paragraphs, would you condemn to death, a patient of Alzheimer's disease, HIV patients, Multiple Sclerosis patients, patients with Chorea, patients with widespread paralysis. Remember Stephen Hawking. He's still kicking ass while most people in his position would probably have chosen death!

Switzerland has taken the bold step to form laws and clear the path to euthanasia. It has become the destination of choice for a peaceful death! There are numerous British citizens opting to choose the country for their euthanasia needs. It is a raging debate in the UK right now, as it rightly should be in the rest of the world.

This all boils down to the argument of the right of the patient. Unfortunately, this also leads to the state of mental health of the patient while asserting these rights. Do you think you should have a right to decide when to live and when to die? The most likely answer is Yes! Fair enough. 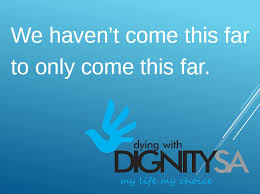 Honestly now, with a deep thought, do you think you are emotionally controlled enough as a human being to not abuse this right when all the chips against you are down and you slip into a depressive state, which is where all the suicidal thoughts come in? Have you ever felt the need to end it all during one particularly disturbing event in your life, only to end up living life to the fullest thereafter? Would your assertion to right to death then be the correct decision you make?

It's all good and welcome to write out a living will and starting the will with the line saying of sound mind and body, but that is a state of mind at that point of time. What is the mindset when you really decide to end it all? These are the complications we must address before we take the high moral ground and say end all suffering.

Maybe it looks like the easy way out as of now when we aren't under any pressure to think about it. I've seen patients and their relatives deal with death. I wouldn't wish it on my worst enemy. It is an intense, blood curling time which *#^#^* your brains. I've seen people watch the people they love, die! I've seen the emotions in their eyes when they're loved ones are close to death. I've seen the immense relief when the person comes back to life. 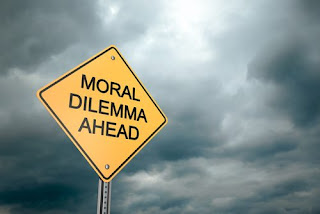 Think about all that before you say I support it or I don't. If you still do, you are a hell of a strong person. Even then, when the time comes, you will shake, you will tremble, you will falter. Stay strong, write it down somewhere so when the time comes you have something to reaffirm your decision, make peace with it early.

I personally feel the law must come. There is no choice. Either make it legal or people will do it anyway in a hidden manner. Making suicide illegal isn't making it stop. Neither will the choice to die.

While we may have an idea of what we want to do in such situations, real-life situations do complicate the matter because there is no definite line beyond which one can take a decision like this without multiple thoughts. It is a subject where integrity of anyone involved in the decision process is of utmost importance. But yes, laws are needed and living wills should also be acceptable in the Indian context.
However, I am clear that, for myself, I would entrust my spouse/kids with this decision, in the event that I cannot make it myself. But if I am able, the decision remains with me.