A Noble Profession...Should we still bother about tags?

I was very recenty part of an excellent group discussion with my colleagues from medical college about whether or not Medicine still remains a noble profession.

There were numerous view points, lots of defending, a little aggression and even some private messages asking us to cool it down. The most striking part of that conversation for me at least was the lack of cohesion and the wide variety of what people thought they understood to be the definition of a 'noble profession'.

As expected with the discussions in the media in the recent months, the first defence was about the charges and fees of doctors. There were a number of examples of free OPD's social services, discounts offered and charity work done.

There were talks of kickbacks, gifts for promotions, sponsorships for educational conferences, pharmaceutical inputs from our friends in the pharma industry, prepaid treatments to avoid confrontations, fees per minute charges like some astrologers and vaastu experts and a whole plethora of things.

There were many positives to come out as well. It's good to know Doctors my age still have pride in their profession and the work they are doing. It was great to see them ready to defend the fact that they are here to support their families as well and not work for free. This is the correct attitude to have. No one is going to work fulltime for charity unless they have enough money handed down ancestrally.

The harsh truth is that we have been forced to go from healers to service providers by the recent laws enacted by the government. What was a profession has now become a business, not only for private practitioners but more so by corporates that have entered the healthcare industry and are now running the most successful hospitals.

They must be doing something right if we prefer going to them rather than at our government and municipal run super speciality hospitals, right?

There was the heartening point of view that there are still young doctors willing to refute cut practice and work hard to set up on their own seving all classes of society equally.

International views poured in as well with an extremely valid point about not just looking at the present scenario but trying to get to the root of the problem. We need to unite to curb the so called Black Sheep that have led us up to this point unchecked.

The education process is in dire need of a major overhaul as most fresh pass outs cannot be trusted to deal with a patient on their own without supervision. Standardization is required but in a very controlled manner. Closing our eyes to the problem or looking away will not help this situation. Denial is the biggest danger right now and it needs to be addressed before the government intervenes too much because we can't solve our own problems.

The opinion of the public towards the doctors at this point of time isn't something they have just thought up over the past month or two. It has been building up slowly and gradually over the years with the slow change in the way we treat our patients, the way we have lost the famous doctor patient trust relationship, google based diagnosis, trigger finger law suits and medico-legal instigators.

Everyone seems to agree that cut practice is a disease but almost everyone is doing nothing about it. So is pharmaceutical promotions, gifts, sponsorships which have been defended by words like 'items of clinical utility' etc which is just sugar coating gifts that are given on promoting their products. They are very intelligent businesses so they stave off responsibility by saying it is the 'learned customers' choice to accept or reject that gift. What starts with a clinical utility pen and prescription pad soon escalates into items for personal use, printed material for personal consumption, household items, cars, foreign vacations etc etc. It is conveniently forgotten that it all started with that one pen that the Doctor could afford on his own if it was that important from a clinical utility point of view!

Justifications still continued about things like as long as I don't harm my patient or change the way I treat it should be ok, but really it is not. You may be morally superior to others in your profession but what you can control they may not be able to and so some regulation has to come in to clearly define what is ethical and legal and what isn't.

This discussion can continue for eternity but I guess it has to be an individual choice at this point of time until concrete guidelines are developed towards the same.

The fact remains that almost any profession can be a noble one provided one remembers the definition of being noble - "Being of high moral character and principles and showing fine personal qualities." 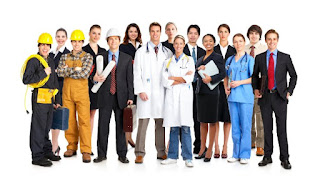 The best line that came out of that discussion was from a fellow surgeon who said he would ask his patients not to consider him noble or God but to think of him as a moral human with regular flaws. Perfect! What do you think?

Wonderful Piece of work, I highly Appreciate your boldness on this.
I agree with you that we should go to the root of the problem. If Doctors Don't have to pay hefty Donations to get admissions and Government Put Limit on pricing for procedures and implants than, things might come under control.

It’s a great article. Well written even for a non medical layperson. It sure speaks to the family’s medical practice and longevity.

An interesting post for sure, every one in the medical profession needs to introspect. How noble is noble supposed to be? Of course, a doctor has to earn a living. But when a doctor gives priority to his own income and the patient's needs/benefit become a secondary matter, that is when the rot sets in.