Doctors and their charges, should the Government intervene?

The State Government of Karnataka is considering tabling a bill in the Winter Session of the Legislative Assembly which would make the private medical practitioners in the state come under the Karnataka Private Medical Establishment Act (KPMEA), 2017 (Amendment).

The act in question aims to bring down costs of healthcare in the state of Karnataka by enforcing certain caps on the treatment costs incurred at the said private medical establishments. The act also seeks to form a district grievance committee which will perform the role of a civil court. The role of this body would be to respond to complaints at the district level. The complaints received will be reviewed and a recommendation sent to the manager of the establishment with a copy to the Karnataka Medical Council or the Ayush Medical Council. It will also inform the registration authority, comprised of the deputy commissioner, the district health officer, the district AYUSH officer and two members from recognised associations, which can also register a private medical establishment. Any complaints regarding the services offered by a medical professional belonging to a private medical institution can be made to this district grievance committee, which will decide the process further. 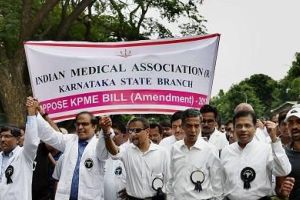 The entire state of Karnataka is at this point in time in a state of us vs them. The lines have been drawn and the game is afoot.

The major issue here seems to be the fixing or capping of costs for medical services which the government states, they are trying to do, in order to compile uniform rates for procedures across the state. They claim to have set up a committee to decide fair and just prices for standard services like an OPD consultation, basic surgeries like appendectomy, hernia repair, delivery, cesarian sections etc. 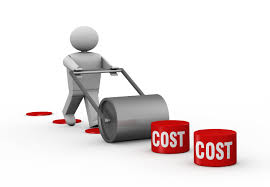 Let's look at this objectively for a moment. On the surface, to the general public, this will sound great ,at first! I get to meet a consultant who used to charge Rs. 5000 for 15 minutes of his time and all I have to pay him now is Rs. 200 (Super specialist Fees). Awesome!!

Let's get back to reality now. Do you think he charges Rs. 5000 only because he wants the money? The more probable answer is that he is a senior citizen who is now working for a few hours a day, using all his years of experience, giving opinions and second opinions to patients who haven't found answers elsewhere, all while trying to keep the lines down to a minimum because everyone in the city wants to be treated only by the 'best doctor' in the field! The price point is probably a technique to fend off those who may not really need his advice and to make it more manageable for the Doctor to see genuine cases who he might be able to help.

Another Doctor charges a sum of about Rs. 500 to Rs. 1000 depending on his qualifications and specialty as a routine consultation fee. A lot of the general public might find this expensive, a lot of them find it fair. The point is they have a choice. As should he, to decide what his time is worth! This has nothing to do with how much he spent on his education and how much time and money and how many years he's invested in becoming the Doctor he is today. It has to do with his freedom of choice as to how he wants to position himself. If he isn't good at what he does, even if he charges the stipulated Rs. 50 that the Karnataka government wants him to charge, he won't have any patients. Even then, and especially then, the choice is still his, because the last I checked we don't live in North Korea (with 5 haircuts allowed and a dictator with the worst one). 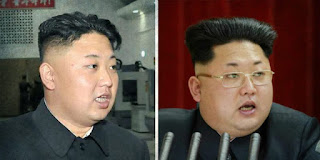 A lot of people in the past few days have tried to defend this saying it's not targeting doctors but private medical establishments. How ridiculous is that? There is a reason private medical establishments are expensive. They have spent money obtaining the land, building that structure you marvel at, keeping the place spic and span so that you are satisfied about the cleanliness of the hospital, not to mention, it ensures that you don't get infections once you're admitted in there, hiring the best staff so that your experience in the hospital is a pleasant one, hiring the best nurses and Doctors so that your care is epitomised. Even then, if you think they charge more than required, remember that open MRI machine you wished they had because you are claustrophobic and can't get into a closed one, that costs some more money now doesn't it. The wonderfully reclining bed so that you can watch your TV post surgery, that non-squeaking cushioned wheelchair, that doesn't hurt your backside when they wheel you to get an x-ray, that non greasy x-ray machine that takes the perfect x-ray so that your tiny kidney stone isn't missed...the list goes on. Unfortunately, these cost money. Money that the government isn't giving to the hospital, neither is it spending on its own public hospitals so that you don't need to go private at all.

That really is the crux of the matter isn't it. Do we really need a cap on the private medical practices or do we need better sustainable public healthcare? As an example of Mumbai, would you mind going to a public hospital if it was made as Kokilaben or HN or Saifee hospital? I would gladly go there if they weren't so badly maintained, ill equipped, badly staffed, unclean, and terribly stocked. 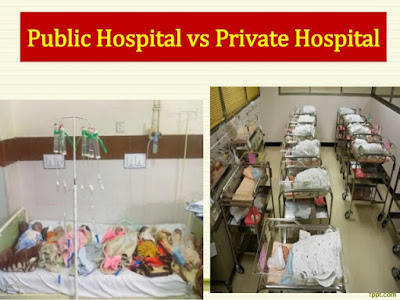 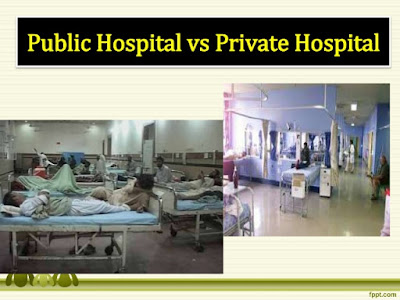 Why only medicine? Could we cap a lawyers fee just because he isn't a public prosecutor? How about a cap on those who build our roads (rather potholes)? A cap on the MLA's allowance....I mean he isn't really providing a service is he? He could do it for free? A cap on architects and interior so they can't charge you to make you house look beautiful?

As a last point of contention, I've worked in both public and private hospitals. I am a surgeon. Once the patient is admitted under our care, we no longer look at where you've come from or what you own or how much you make in a year. All we are concerned about is how to get you well again and how to send you home in better health than you came in with.

good blog, unfortunately it is the doctor who has to bear the brunt...he is sandwiched between the pathetic healthcare system of our country and the patients expecting best possible health care with minumum expenditure of time and money.

good blog, unfortunately it is the doctor who has to bear the brunt. he is sandwiched between the pathetic healthcare system of our country and the patients expecting best possible healthcare with minimum expenditure of time and money.