Bouncers in Hospitals and Drips in Discos!

A couple of resident Doctors were assaulted by some relatives of a patient at a public hospital recently. Again. The Doctors go on strike. Again. The hospital gives a knee jerk reaction. Again. The police register a case and do nothing about it. Again. We outrage on social media. Again. The government will issue a statement. Again. Life will move on. Again. Spirit of Mumbai. Again.

The initial reactions were as follows: 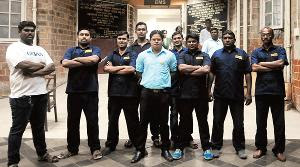 I'm not going to get into what should have been done and who was at fault. Simply because it doesn't matter. Violence is wrong and always will be.

The boy was unwell for three days. He had apparently been taken to some private hospital and this was their last ditch effort. They were apparently informed about the lack of an ICU bed. They apparently consented for admission into the general ward. They were allegedly warned about the high risk. Technically, everything was done, spoken and documented. It still happened. Are you surprised? I'm not!

I've been through an assault during my residency. Almost a decade ago. We, too, went on strike. We lodged a complaint. We carried out alternate OPD's for the patients (this is where we made make shift opd's outside the hospital premises to cater to the seriously ill patients). We were promised better protection, better conditions, better staff, the works!

Nothing has changed and frankly we didn't expect it to. 10 years on we have bouncers in the hospital.
How ridiculous is that? It's wrong on so many levels but mostly on the fundamental premise that it is only going to worsen the already deteriorating Doctor-Patient Relationship. How is a patient ever going to trust a Doctor who is going to hide behind bouncers to explain anything to him? What is to stop the guy beating the doctor outside the hospital premises? Where is the method to deal with the rage? Where is the training to avoid the rage in the first place?

The answer is communication. Not more Doctors, not more beds, not less patients, not more money/salary, not better infrastructure. All of these have a very minor role to play, of course! However, if the residents are not taught communication etiquette's we're not going anywhere for the next 10 years. Again!

No matter what the condition of the hospital, the number of beds, the number of Doctors, the infrastructure, if a patient dies, there is bound to be a reaction. The art of controlling this reaction from the time of admission is what will avoid this in the future. Empathy, a kind ear, some small explanation, taking the relatives into confidence, documenting everything with signatures (not just obtained due to lack of options but after explanations), a good bedside manner, giving some time to a serious patient even though you're overworked (it's doable, we do it in private practice even though we're busy), offering some sort of grief counselling, breaking the news gently.....All of this will change the way the relative will react. I've done it. I know it works. I've been through everything these residents have.

Let me tell you a little known fact about civic and govt run hospitals. Most residents think no end of themselves while treating a patient. They have a bad attitude, most dismiss relatives thinking they won't understand anyway so why make the effort. They talk badly, show that they have no time, and are generally dismissive and uncaring. It's part of the situation but it needs to change.

That is the only way this will stop. Change is constant. Just look at some of the discos that have traded bouncers with hospitals for drips and skeletons. 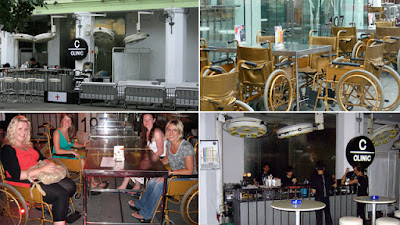 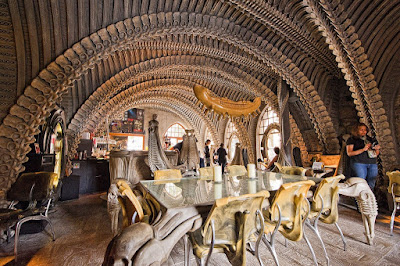 Hey usually love ur blogs.... This one in this case of KeM hospital is all wrong.... The residents explained did everything what was needed to be done... The reaction by the father of the child and another person happened when the doctor was inserting an IV line on another child... His two seniors tried to hold the father away but others came and starting beating them up!!

Are u saying that 10 years ago the long strike which happened was because of the residents fault?

I think rather than etiquettes , residents should be taught martial art or something for their self defense!

I have worked for a year in KeM, residents may have an attitude in day to day patients, mostly because of the lack of appreciation from the patient, government or whatever the reason is

But with a serious patient!! Come on!! ... U have worked too in rajawadi... We have all spoiled sleep, missed important events , cried with the relatives...

The problem lies with people!!... Lack of empathy from the relatives side... People feel that once a patient has come to the hospital... If he or she dies it has to be because of the Doctor's fault!!.... They forget we don't claim to be God!... Patients doe even after the doc does every damn thing in the world!!!

Hey, thanks for the message and I completely understand the emotion. Remember I've been through all this as well. I reiterate that residents are overworked, underpaid, undervalued and taken for granted. I also reiterate that most resident docs have an attitude problem and that is not something personal to them but comes with the workload. They feel that most patients would not understand and don't bother explaining a lot to them. Just for example, what risks were explained to the relatives when they were told that the ICU bed is not available but general ward is. If the relatives gave consent to get admitted to the general ward, were they aware that the risks of death there are greater. I doubt it Reshma. Most of us take consent as a blanket signature without really explaining it all and God forbid if the patients asks us a couple of questions. Remember, they've got almost no choice here. Once again, I'm not supporting what they did. That was Wrong no doubt. But it was avoidable and since the govt is doing nothing about healthcare we have to learn ways to avoid escalations. My point of the post was that bouncers are not the answer! It just won't work. Sorry if the post upset you but these are just my views not suggestions!