Social Media and Medicine - #Caution is the keyword

It seems a little ironic that this is a post on social media being written on a social media platform.
There is a growing concern amongst people of the medical fraternity regarding the sharing of medical views and patient concerns and details on social media.
The biggest worry is you tube with videos on patient conditions and surgeries being found a dime a dozen, mostly with the patient in full view without any blackening of the eyes or any attempt at concealing their identity.
The other big worry is group chats, be it on hangouts, whatsapp, viber, or any other messenger of repute. Case histories, diseases, conditions, fears, anxieties and even mental health of patients is being freely discussed.
The crux of the matter comes down to two things:
1) Is the patient aware of these discussions and sharing?
2) Has the patient given consent for the same?
In most cases of photos and videos being shared, I would hope and assume that the Doctor or health authority concerned has obtained the necessary consent and permissions of release from the patient involved.
More often than not, however, this does not seem to be the case. I have seen many photos and videos put up for discussion where the patient is not even aware that he/she was being photographed or recorded. 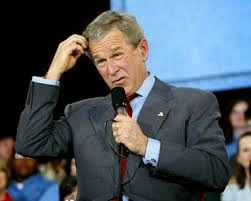 Clearly then the question of obtaining consent for the same does not even arise.
Shockingly though, in India, most patients would have already signed consent forms with added lines to include photos and videos of their condition. I have had many patients who sign consent forms only because they have to, with most of them, not even bothering to read past the basic demography information section. How is someone who is not even concerned with information regarding their condition going to worry about their information being shared on social media?
This being said, social media plays a vital role in today's healthcare scenario. Like always, it is the perfect marketing tool for corporate hospitals to reach out to a wider audience regarding new technologies and innovations. It's no surprise then that most corporate hospitals have jumped on the social media bandwagon. Hopefully, they have hired professionals to do the job instead of just trying someone in house which is where problems could arise.

It also has a pivotal role in rural healthcare especially in India where most villages do not have access to even the basic trained medical doctor. Video conferencing, telecommunication and mobile health apps and clinics have been a boon and all this is possible only because the patient at that point has consented to have his information broadcast over thousands of kilometers to a doctor in the city for discussion and further management. 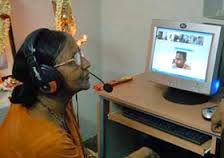 Even physicians in the city use message groups and forum discussions for difficult cases where they are able to obtain expert views without having to set aside a day for conferences.
Caution is warranted for use of such discussions in the open forums and groups of non medicos namely in open social media like facebook or linkedin even.
What is the way forward then?
A clearly worded and explained informed consent taken on paper would work wonders for all those involved in such cases. A voice recording or better still a video consent considering this is the information age would erase all medicolegal doubts over the consent offered while offering the chance to the patient to see how they would be projected.
You tube video uploads need a special consent as the video will never truly be erased if so required in the future.
Photos on instagram should ideally have black marks over the eyes or some sort of identity protection.
Discussions on whatsapp, facebook, hangouts should be free from patient identity information at all costs.
Avoid all discussion about patients on any platform if consent has not been obtained no matter how serious you think it is. If required, go back to the patient and obtain a release for the same. 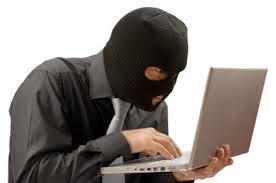 Knowledge sharing is vital, identity sharing is not. Respect the privacy of your patient and you will earn their respect in return.
I'd love to hear your views, please do share them in the comments sections.

Most of the times when the patient signs the consent form, they do so as they might not have a choice / they are legally illiterate / not care about the form. Although the rule of Caveat Emptor applies for the patients, a moral obligation lies with the doctors to explain the implications of signing / blurring of faces in videos and images / maintaining the privacy of patients. Unfortunately majority of India as a whole lacks civic sense at certain levels. Also a strong legal system could kick some &*% and take care of this issue too.

Thanks for the comment Bipin. The moral obligation does indeed lie with the Doctor. The matter of having a choice or not is debatable as there are many alternatives which can be used if the risk is correctly explained and understood. Not caring is the single most important point in the comment above. Most people are ready to sign blanket forms because of the age old trend of equating Doctors with God. Unfortunately, we Doctors quickly move from God to Devil when something goes wrong in the procedure or recovery.
Lack of civic sense is of course an issue as is the legal system. The law is beginning to come down hard on docs now but remember this will only lead to us practicing defensive medicine.