Just the other day, my friends and I got into a discussion on the expiry date on medicines and the safety aspect of the same. It soon ballooned into all health products including face cream and bread!

I promised I would do some research and write about it, so, here it is. 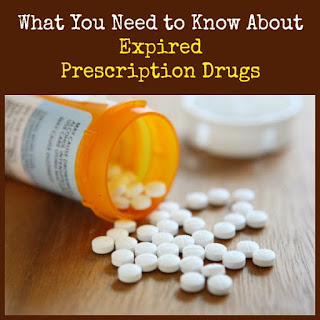 Are your medicines safe to take post the expiry date stamped on the packaging? Probably yes. Should you consume said medicines knowingly. probably not! Allow me to explain.
There is a thought that Big Pharma uses expiry dates as a means to push out newer medicines thereby earning more money for drugs that would have otherwise also worked. Let's get into some details.

The process of finding out an expiry date. (I'm no expert here so bear with me)

Expiration dates are set on a particular drug by using the accelerated storage test. Since the rate of disintegration of most drugs are very small at room temperature, the rate of disintegration is determined at higher temperature and extrapolated back to room temperature. Knowing the rate helps to calculate how long it can stay on the shelf. The expiry date is that point in time when a pharmaceutical product is no longer within acceptable specifications for potency and stability

The stability of each drug varies across medicines and each product needs to be tested to see how it is impacted over time. However, this testing is expensive so it isn't done by the pharma companies to add to their costs!

Once the expiry date is set, it's function is to let you know that the drug is probably not going to be effective post that date. Now, since it's an extrapolated date, it isn't very accurate but has been put as a safeguard to the efficacy of the active component of the medication. This works in the favour of the drug companies as well since they are only required to periodically test their products upto the shelf life which is printed on. This means that they are not obligated to test beyond that date. A Propublica study done by the head of the department of poisons in the US showed the following result:

In a study, Dr. Cantrell and coauthor Ray Gerona, MS, PhD, a chemist at the University of California–San Francisco, tested 8 medications in their original packaging that were discovered in a retail pharmacy and that had expired 28 to 40 years before.3 Twelve of the 14 drug compounds were present in concentrations of at least 90% of the labeled amounts. 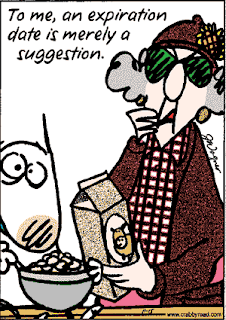 Perhaps it's time for a rethink. There was a time when Pfizer was in acute shortage of a few products. They did a retest and were able to extend the expiry date on many of their products by up to a year and this was approved by the FDA. Convenient.

Administration of expired antibiotics can lead to increased antibiotic resistance and clinical treatment failure, as well as adverse drug reactions.

Just one study, but significant nevertheless.

Logic! Use it and you should be fine. If the medicines you think are expired control simple things like pain, a runny nose, some mild cough, it mostly will be safe to take well beyod expiry if you have it on hand. Antibiotics, chemical formulations for kids and serious conditions like Parkinsons and Multiple Sclerosis should probably be best avoided post expiry date simply because they won't work.

An interesting observation: All expiry date publications only talk about the efficacy of drugs. Not one study discusses danger or safety of the drug with respect to it becoming toxic or poisonous to the user (these are regular drugs I'm talking about). So, even if you do take a medication which is expired, in error, do not panic. It may not work as desired but it certainly won't do any harm!

Can you please give more clarification and clarity. You talked about 40 yrs 0ld medicine but tell about 3 to 5 to 10 yr old medicines of different class and about toxicity which is more important and other point percentage of efficacy.
Thanks
Dr Ashok

Thank you for the insightful information!

The Pharma cartel is an interesting lot.Thanks for the insight Doc!

Valuable input Doc ! Makes sense
I believe there are organisations accepting expired drugs, which may be considered safe to re-use. Correct me if I am wrong...

Dr. Ashok, Many thanks for reading and your comments. They're is no real clarity on these issues. There were drugs like paracetamol that retained potency even after 30 years to about 80% but some like aspirin that were considered unsafe even after 10. The reality is that drug companies are resisting even a relook at expiry dates to extend them at the end of the initial stamped dates.

I wish you had left your name.... But yes there are now some institute that do accept drugs close to expiry