I was fortunate enough to be part of a case which I doubt many surgeon's will get a chance to see or assist in their medical lifetimes.

A 4 month old baby presented to us with a history of failure to thrive, with vomiting after every feed and generalized lethargy. The baby weighed just 4 kgs and was fairly weak. On investigations, it was revealed that he had a large hiatus hernia - a condition where the stomach rolls up into the chest cavity through an abnormal opening in the diaphragm between the abdominal cavity and chest. This was causing him to vomit and reject all milk and water since birth. He also had bilateral inguinal hernia and a hydrocephalus with very low growth hormone levels. 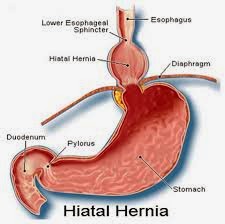 We decided to operate laparoscopically on him. It was the first time I would be involved in a laparoscopy in such a small child. We had the OT in the evening at 6 p.m. As is the case in such delicate situations, we were greeted by the news that the endotracheal tube which the anaesthetist required was not available at the OT stores. He insisted on a No. 3 non cuffed endotracheal tube and the stores only had 3.5 and above. This delayed us for about half hour till they could procure the same. 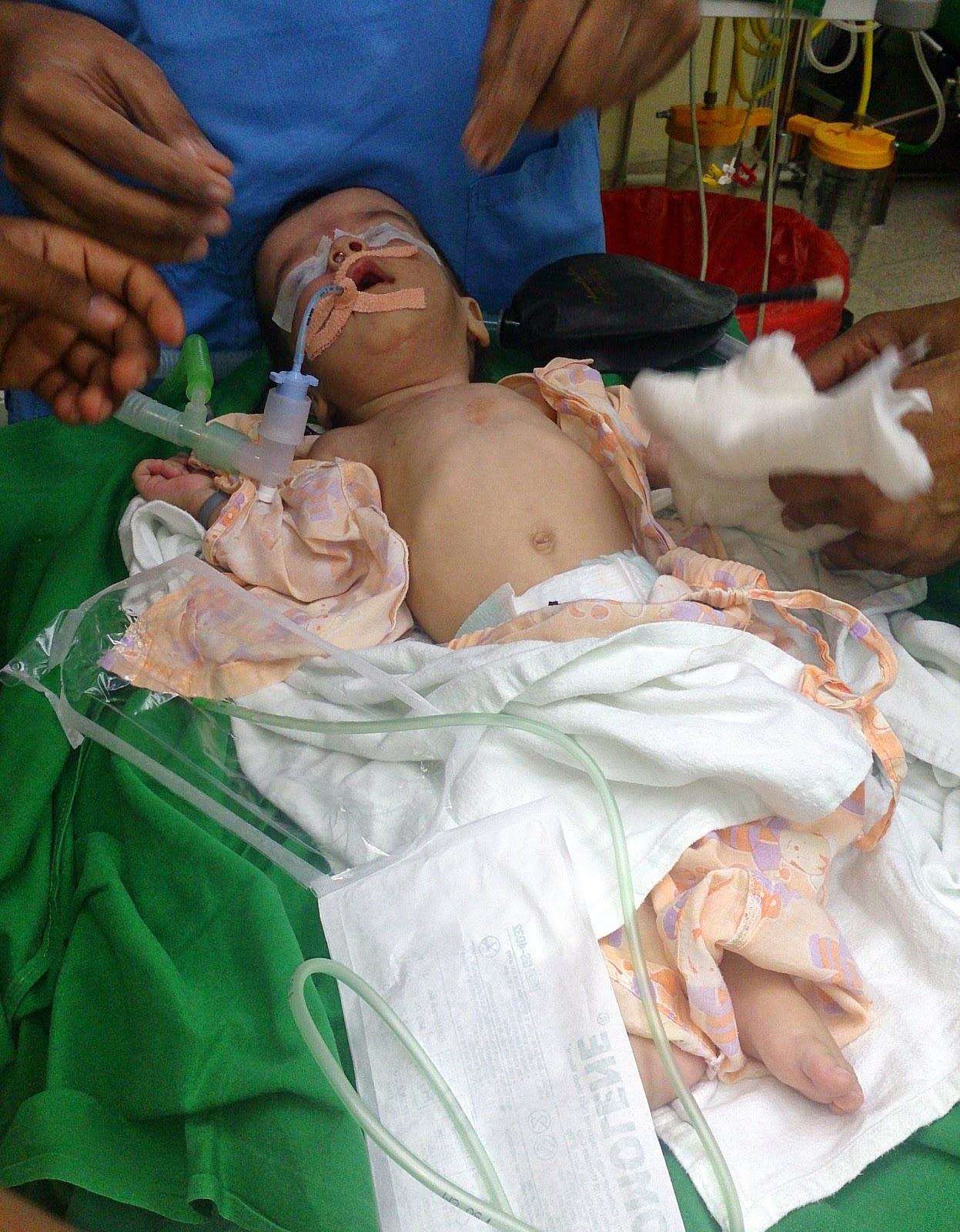 Once the patient was under, only then did I realize how small he actually was. The distance from his chest to his pelvis was the length of my extended hand! Keeping this in mind, we had to use speciliazed mini lap instruments measuring 3 mm to 5 mm.

The surgery took about 5 hours with findings of a large hiatus hernia with almost the entire stomach resting in the left chest cavity. We pulled out the stomach, divided the sac, delineated the 2 crura of diaphragm and proceeded with the repair of the defect with a fundal wrap (basically wrapping the stomach around the lower end of the oesophagus so it won't slide back up). One of biggest challenges in this case was the constant struggle for space, not only for the instruments, but also for the surgeons to stand without hindering the others movements.

The hernias were tackled subsequently and the patient was fortunate enough to be extubated without the need for a ventilator and went back to the room and did not even need the NICU.

The patient is doing well as of now and should be discharged in a day or two and most probably will show dramatic improvement in terms of weight gain and development provided there are no other morbidities.

Thank you guys! Presenting this case at a conference this sunday!

Wonderful!!! Surgery is very important to all patients. So, we should it take in best. Hopefully, your writing must be useful to all of them and sure the content will be very useful to me as well.
Breast implants in Pittsburgh PA

So glad it all went off well..hats off to you, so proud!:)

So glad it all went off well...God bless the baby!:) Hats off to you, so proud:)

Thanks for sharing your views. Great blog here.. It’s hard to find quality writing like yours these days. I really appreciate people like you. I would like to thank for the efforts you have put in writing this blog. Visit led surgical light