A rather curious name for this post, wouldn't you think? Let me try and express what I mean. 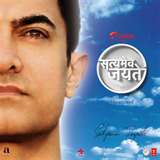 First of all, let me make it clear that I had no intention of reacting to the television programme, Satyamev Jayate - which translated means "Truth alone prevails". Unfortunately, a slew of facebook posts and email from doctors has made it necessary for me to write this and clear my mind for more important things like my kids!
Aamir Khan, was, is and most likely will continue to be one of the most respected stars of the bollywood industry. He also is very successful and has a following that will ensure the success of his show. The contents of the show, therefore, must have been reviewed by him, much like a manuscript of a film before he signs.

Now, a lot of people, mainly Doctor's are going on about how his research is incomplete, how he hasn't shown the full picture (pun intended), how he was biased against us in that show. But of course! How do you expect the show to gain ratings unless there is some sensationalism in it. He has to bat for the underdogs to garner support from the mass public that watches his show. He, in effect, has to rob the rich to win over the poor.

Before you take off on me being one sided and blind to the facts, let me state here that most of what he said on that show was and is true and will continue to be so. Yes, there is a large pharma doctor nexus, yes there are benefits we get from them, yes there are many doctors that claim and give referral fees, yes most of the big hospitals have started doing so officially as well.
But.....
No, not all are like that, no, not all doctors prescribe only expensive medicines, no, not all doctors go on all expense paid vacations to foreign lands and no, not all Doctor's accept referral fees, No, the fee DOES NOT CHANGE if the Doctor refers you somewhere (Surprised?) , no, not all doctors are like politicians! (Ok, I just slipped that one in).
The only reason he is getting so much attention from the Doctors, is that there has to be some measure of guilt there. Otherwise, no one would have bothered reacting. They're scared that what they do would come out in the open. Like a wounded tiger, there are ready to strike, fangs bared! Like the robbed king they want to get rid of this robin hood! Which only serves to make people think what he said is all true and all correct.
Getting to my main point at hand. Should we get the Medical Council of India (MCI) or the Maharashtra Medical Council (MMC) to change the way Doctor's behave with their patients. I have a few suggestions which are so far out, that probably at first no one would agree with them, but I urge you to read them twice in light of the facts. 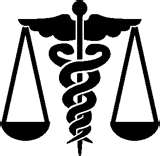 1.) Change the way we receive the education needed to save lives.
As of now, this is just a theme to give and pass the exams. At this point of time, 99.99% of freshly graduated MBBS Doctor's would not know how to do CPR, or treat a patient of Malaria in this country without supervision. We learn by experience and we learn during our internship.
2.) Our internship is basically manual labour where we collect blood, write out reports and histories and rarely if ever prescribe medication
3.) On completion, we are so busy trying to study for post graduate examinations, that there is no time for practical hands on treating knowledge to be gained.
4.) The Government wants us to serve in the Rural areas and to stop us from going abroad to pursue higher education and specialisation. Offer better universities with transparent admission without charging crores to gain admission into super specialisation. This is rampant and ignoring this has the problem so far.
5.) Allow all medical practitioners from all countries all over the world to practice where they want. You'd be surprised at how many Doctor's want to return to their home villages and practice there.
6.) Allow generic drug prescriptions. Shocker! I'd probably get shot by the pharma mafia for this. Most developed countries have generic drug prescriptions and for that matter, qualified pharmacists attending chemist shops and pharmacies!
7.) Consider allowing medicine to function as a brand partner. Allow sponsorships in medicine. Keep in mind this has to be combined with generic drug prescriptions or it won't work.
Look at it this way, in today's world Branding is everything. If I offer my patient a choice between generic ciprofloxacin and branded ciprofloxacin, they most likely choose the latter. If the patient is party to the choice, then why can't I endorse a brand of ciprofloxacin. Make it legal. Make it so that the patient makes the choice! It is possible, just not doable. Anyway, most of the chemists, dole out what ever they see fit in spite of prescriptions saying its the same drug. Just because Aamir says Thanda Matlab Coca Cola, does not mean I will drink only coca cola. I know this is a far fetched generalisation but to an extent it is true with the influence he has.

Further, how come the law makers get away with allowing supremely high prices for drugs available in generic form. If the Pharma companies are working to recover their costs on Research and Development which costs them crores, how about Doctors working to recover their costs of studying till they are 30 just so that they can make a living.
According to a financial planners estimates, the amount a doctor spends on education (and now Continuing Medical Education, CME) can be recovered only by earning for 50 years taking into account discounting for future value of money and inflation. Which means, if I were to invest all the money I'd spend on my education, I wouldn't need to work for 50 years! I chose to do so, because I want to treat patients. Make them healthy. Have that respect that I deserve. 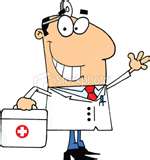 Most Doctors would treat a large number of patients for free throughout their lives as medical practitioners. I'm not even counting the ones we serve during our internship and college days (they are still getting treatment remember!) How many shows would Aamir do for free if he wasn't making the millions that he does today?
Would he have gone to the borders if he wasn't a successful Actor and was not sponsored by some product.
Almost everyone lives on sponsorship of some sort. I'm not saying it's ok. I'm just saying it's prevalent and therefore the norm.
Consider this, you come to me as a Patient and I reassure you that you need no medications, You promptly thank me for my wisdom, then question why you have to pay me because I didn't prescribe anything, then go off to the next willing Doctor who is only too eager to write a prescription. Who's the good Doctor now?

Lastly, the issue of consent. This is such a worldwide problem, that it shames me to even address it. Written Informed Consent is something that is 99.99% not successfully obtained anywhere in the country. The reason is this. It is impossible in today's world, to accurately describe all the possible complications of any procedure to the patient in the language he understands best. This is for 2 reasons. One, the Doctor cannot list out everything that can go wrong in details to each patient for each condition and second the patient may nod and assume he has understood but he may not have and will turn at the slightest hint of something going wrong. That is why, the courts, work on the assumption of satisfactory medical effort and not exact workings. The other thing with consents, is that they are most difficult to obtain in emergencies, because they are either given without thinking during such emergent times or the people are just not ready / there to sign the forms. In this case, we're damned if we treat and damned if we don't!
It's not easy being a Doctor. Certainly not as easy as being a TV show host. But, no matter how money minded we have become, we still try and do our best for the patient. Yes, we may try to earn as much as we can out of it, but that's what everyone does. Try and make a living. Only, we do it with the intention of healing someone at the end of it. What's your motivation?

Nice post DJ. A very balanced outlook i say. Enjoyed reading it. If only all doctors/and otherwise were open to ideas and sometimes
criticism.

Very well written, DJ...I think this is one of your best pieces:) I agree with a lot of your ideas:) Keep up the great work!:)