Now that the title had generated some interest in your mind, let me take this one step further. Our beloved Indian Sari, something that all of us see everyday, can cause Cancer! Shocked. So was I. 5 years of Medical School, 10 years of experience and I had no idea.

I recently read a paper on Cancer cause by wearing a sari in the Indian Medical Association Journal regarding the same and I just knew I would have to put it out to everyone outside the medical circle so that at least you know it's possible.

Squamous Cell Cancer or SCC is a very common skin related cancer which can occur virtually over any part of the body. One of the most common reasons for it developing is constant irritation of the skin due to prolonged contact with something causing uncontrolled multiplication of the skin epithelium. SCC of the skin begins as a small nodule and as it enlarges the center becomes necrotic and sloughs and the nodule turns into an ulcer. 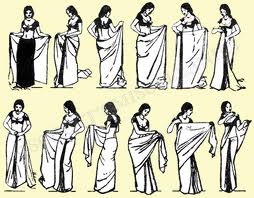 Most Indian women who dorn saris tend to tie them really tightly at the waist. The reason for this is not understood by me. Maybe they think it tucks their tummy in, maybe its the way they've been taught to wear saris or maybe it's just worry that it would open up. This, however, causes some degree of trauma to the skin by the underlying elastic cord. This leads to a minor injury in terms of wrinkling of the skin which can be seen at the end of the day when the sari is taken off. Do this everyday and there is some degree of permanent pigmentation so that the skin almost develops a depression or fold at that place. For some unfortunate people, this repeated inflammation of skin may evolve into SCC. 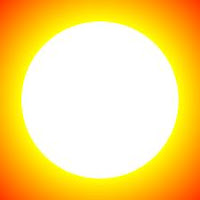 Strangely, an even more common documented cause of SCC is chronic exposure to sunlight and Ultraviolet Radiation. Wearing a sari would tend to decrease direct exposure to sunlight and UV rays, which is paradoxical to say the least. The only explanation I can come up with is that the change would be at the border of the sari waist band thereby having two forces act to cause the change. 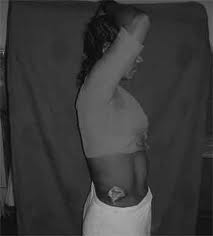 The cancer is a slow growing one and if people are aware and catch it early can be fully treatable. In case of ulcer formation, the entire ulcer with a free margin is excised and that is that. People unaware of the possibility may go on treating it as a skin infection or abscess cavity and lose valuable time making the ultimate prognosis less favourable.

This post is purely to disseminate the information I received for the rest of the medical and indeed the non medical world!

My final thoughts on this : If persistent contact with a sari can cause this, think about those aches and pains you get while using everyday items all the time. The most dreaded example I can think of is your cell phone - Long contact times with your ears as well as minimal radiation. It won't be long before we see a case of SCC over the ears due to constant cell phone / bluetooth usage!

Sir,
Thank you so much for sharing such information with us.

@Seema Thanks for reading. Please share it with your friends and readers (I know you have many :-))

Thanx Dheeraj, everyone should know this.